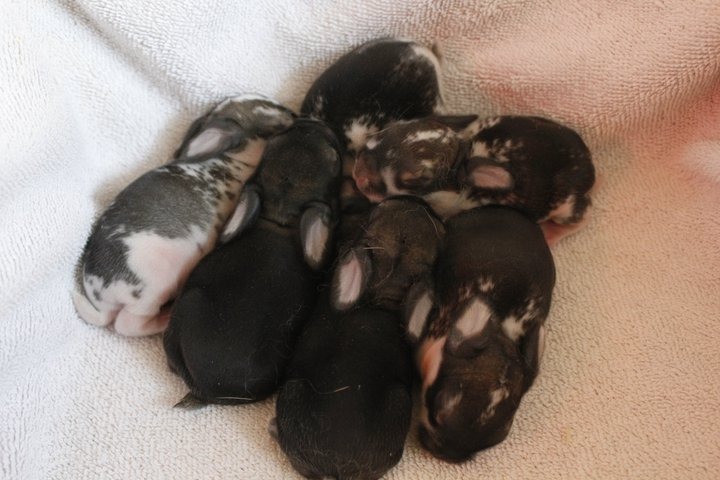 Rabbit breeding is a serious activity that must be carefully considered before beginning. Breeding rabbits takes a lot of time, money, and responsibility. Before starting a rabbit breeding program, owners must first consider the following:

Female rabbits can reach sexual maturity as early as 4 months of age. Rabbits bred this young are unable to easily handle the stress of pregnancy. It is recommended to breed a female rabbit for the first time when she is 6 to 12 months old. On the other hand, female rabbits that are bred later in life may be less receptive to male rabbits and may not conceive a litter. Does should no longer be bred once they are older than 5 years old.

Rabbits are induced ovulators, meaning they will not ovulate until after they are bred. Once mating occurs, the female rabbit will ovulate, making her fertile.

When breeding rabbits, take the doe to the buck’s cage. If one were to take the buck to the doe’s cage, she could possibly become dangerously territorial and refuse to mate. Most does will be receptive to a buck at least once a month. If a doe acts hostile toward an advancing buck, she is not ready to be bred. It is best to retry breeding the pair 7 to 10 days later.

The gestation length, the time from breeding to birth, for a rabbit is from 28 to 32 days. Around 20 days after the mating, you will be able to see a noticeably enlarged abdomen. If a larger abdomen is not seen, you can take your rabbit to a veterinarian to have an exam done. During this exam, your vet will palpate your rabbit to determine the presence of kits.

During gestation, it is important that your doe be fed a nutritional diet. Such a diet should contain 16 to 18% protein pellets and a good quality timothy hay. Fresh, clean water should always be provided in addition to a healthy diet.

If you do not plan to breed your rabbit, you want want to consider neutering your rabbit. Neutering refers to the removal of the reproductive organs, which prevents an animal from breeding. This is the most common surgical procedure practiced in small animal medicine. Technically, the term neuter refers to the procedure done in either a male or female animal, though it is commonly used more for the male procedure involving removal of the testicles, also known as castration. The term spay, on the other hand, typically refers to the female procedure in which the ovaries and uterus are removed.

Some of the benefits of neutering are behavioral. Sexually intact animals (those that have not been neutered yet) engage in some rather unpleasant behaviors, which decrease or even disappear after neutering. For example, female rabbits often exhibit anxious, moody, or nesting behaviors. Another common problem with both intact male and female rabbits is the urine marking or “spraying” behavior.

To learn more about neutering your companion animal, speak with your veterinarian, local animal shelter, or animal control. Many communities now offer low-cost programs for individuals who qualify.